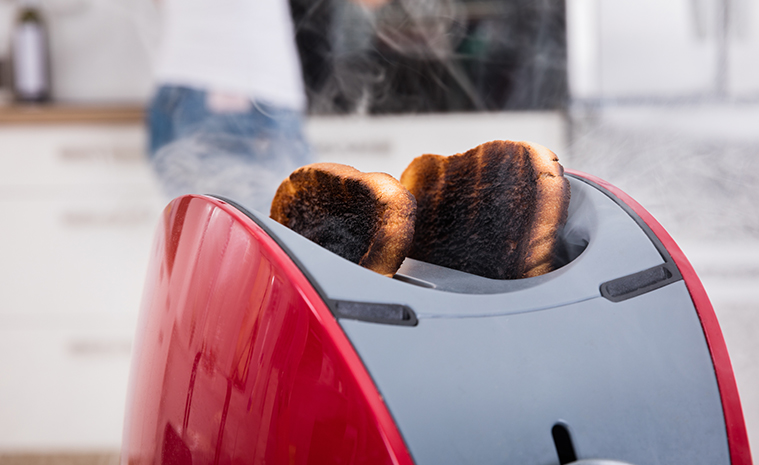 It has been a few editions since I had a good old fashioned rant, but I can feel one coming on.

There was a serious incident at my house early one morning this past week. I was toasting some bread (no, you don’t put toast in a toaster) for my morning breakfast, when somehow, amongst all the moving parts, said bread became entangled or lodged behind the jaws that move to sandwich it in place. Just how this happened, I will never know and I suspect it was a result of the over engineering of this particular expensive, European-brand toaster.

Can you imagine the engineering genius sitting behind his computer, trying to dazzle us with the world’s best toaster? “How many moving parts can I create? How silver, black and shiny can I make it? I can make it beep at 100 decibels when the toast is ready, in order to wake up every living being within a 5km radius… Yes, that will be fun!” he thought to himself.

Enough about him… so the toast is firmly twisted and jammed around what looks like a birdcage inside this superbly engineered device. Only problem, to “release” the bird cage, you have to have the toaster plugged in and powered up. As my 11 year old kept barking at me “Dad, you’re not supposed to have that knife in the toaster, turn it off at the power”.

Meantime, the swear jar is starting to fill at $1 per expletive. The 11 year old is nervously giggling, quite unsure of just how angry I am becoming, but delighting at the prospect of a swear jar filling by the minute.

I succumbed to the pressure and unplugged the toaster, only to find the cage is then unmoveable, with half toasted, twisted bread firmly wedged inside. I turn the power back on and turn it upside down and shake violently when a shower storm of crumbs cascade from the toaster, covering the bench and the floor. At that point, it begins to smoke up and I’m not talking a puff of cigarette-like smoke, I’m talking a raging bushfire capable of being seen over a mountainous range in Apache country.

Again I turn the power off and start hacking with the knife, eventually massacring what was left of the limp toast.

All clear I think, until I plug it in again and it “shorts” the power to the whole house.

With that, I unplug the toaster and storm out the front to the wheelie bin, which is conveniently waiting for the day’s pick up, right on the verge. I slam in said $200 European-made toaster in disgust and it was picked up by the council rubbish operator within the hour.

Next morning I had bread for breakfast.