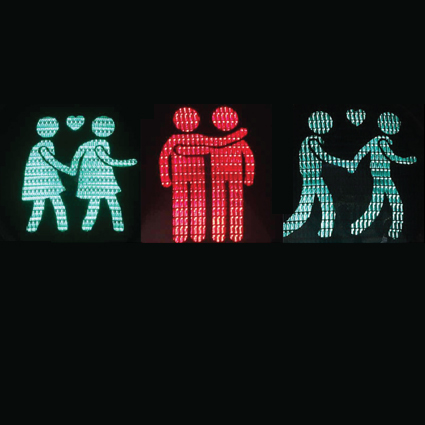 It seems that I have either mellowed in the last year or that the world is just improving around me and there has just been nothing to rant about. Donald Trump springs to mind, then again I had promised to keep my rant sessions non-political and light hearted.

However, this one really got my “goat”.

Melbourne CBD is about to trial some new traffic signals depicting “women stick figures” due to the pressure of a so-called “lobby group” who believes that normal stick figures, which admittedly do look more manly than womanly, wait for it…. discriminate against women!

Well, I don’t think I had ever thought about it that way before, as I stood at the corner of Swanston and Flinders.

Because, who in the hell is thinking about the stick man on the traffic lights while you’re waiting to cross?

Maybe we should spend more time thinking about how to stop the lunatic from running over 30 people at the same intersection, dealing with the “ice epidemic”, concentrating on issues such as domestic violence or homelessness in Australian cities, or even discrimination in the workplace…Real discrimination, not some sort of perceived, pretend discrimination!

Seriously, who thinks of these things? I’ll tell you who…. A group called “The Committee for Melbourne” comprising of a bunch of businesses and community groups of Melbourne – according to an ABC News report.

Now, before I get shot down in flames by my feminist friends (and I have a few), do you believe we are overthinking this just a little bit? Who really takes notice of the walky man on the traffic signals anyhow? Personally, I just see green or red… can I go now or can’t I?

Let’s take it a step further, if you are taking note of whether the person on the traffic signals is built like a “male stick man” or a “female stick woman”, do you have too much time on your hands? Could your thoughts be better directed towards something else?

So curiosity got the better of me and I did some googling to come up with some viable alternatives above that might not discriminate against anyone.

What is it they say about first world problems?